Tesla CEO Elon Musk unveiled the first teaser image of the new Model Y, which does not appear to have any side-view mirrors, at an annual shareholders meeting in California.

Observers, then, expected the new electric SUV to include high-tech cameras instead.

In addition to Tesla, such global carmakers as Nissan Motor and Volkswagen have recently showcased their concept cars also without side-view mirrors.

According to industry officials, car mirrors that came into the world a century ago will disappear soon.

The U.N. World Forum for Harmonization of Vehicle Regulations, however, abolished the obligation of installing side-view mirrors last year, opening the door for cameras and monitors to replace them. Japan also followed suit last year.

Earlier this year, the Korean government amended the regulation on side-view mirrors, allowing cameras to substitute for mirrors in Korea as well. Before the amendment, cameras and monitors could only be used as supplementary devices.

“If a camera monitoring system can take the place of side-view mirrors, domestic manufacturers will speed up developing technologies, as well as improving the performance and design of vehicles,” said an official of the Ministry of Land, Infrastructure, and Transport.

As the official said, the nation’s manufacturers have actively applied for patents for their camera monitoring systems in line with the recent trend.

Denso, Panasonic and Valeo are developing the related technologies in other countries.

“Although cars without side-view mirrors have many advantages, drivers may feel difficulty in securing a clear view, when lenses are dirty. Also, electrical products can easily break down,” a KIPO official said. “To popularize the system, manufacturers should focus on safety and durability. We believe they will continue to come up with patents to resolve such problems.” 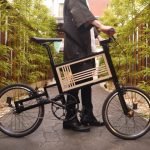