Instead, he is considering buying a Galaxy S8 because it’s in mint condition and is much cheaper than a brand new S9.

“As the new phone costs nearly 1 million won ($930), the financial burden on me would be pretty heavy if I bought it,” Park said.

“There is not much difference in the two phones as far as their features, so I am drawn to the used phone. I do not believe I am the only one who is.”

Like Park, despite arrivals of much-hyped new high-end smartphones, more consumers are turning their focus to used handsets offering price and performance competitiveness.

Refurbished smartphones are pre-owned devices that are collected, rejuvenated or repaired for resale. Sometimes, they are just collected and sold as is.

Another research agency, IDC, estimates that more than 220 million used smartphones will be sold or traded annually by 2020.

“Although a lot of premium phones get released nowadays, we cannot find any significant differences in design and features compared to older models, and they come with steep price tags,” said Lee Jeong-hoon, a 36-year-old iPhone 6 user looking for a replacement due to Apple’s technical tweaks slowing down his phone.

“Pricey phones are getting me to shift attention to older used premium phones.”

The biggest reason for the surprising growth of used phones is they are more cost competitive compared with the latest flagship devices.

The 10th anniversary iPhone X became the most expensive Apple phone with its starting price of 1.3 million won, while the Galaxy S9 Plus costs 1.05 million. LG Electronics’ V30S ThinQ is also available for 1.09 million won.

Other than a dual-camera setup and Animoji on the iPhone X, the iPhone 8 that saw the light of day a few months earlier and is less expensive is regarded as a better choice.

Critics also claim there is no big difference between the Galaxy S9 and S8 except for the former’s advanced camera featuring dual apertures and AR Emojis.

The V30S ThinQ is an artificial intelligence (AI) variant of the V30, unveiled last August.

The nation’s three wireless providers accepted the government-devised 25-percent discount in monthly mobile fees, last September. A subscriber can choose either a small amount of subsidy from a telecom company or the 25-percent cut in the mobile payment that is regarded as more favorable.

As a result, more users are trending toward purchasing used unlocked phones and benefiting from the reduced mobile fees, which they believe can cost hundreds of thousands of won less than new smartphones.

Also, the government is preparing along with the Korea Telecommunications Operators Association for a system to notify consumers of the prices of used handsets. If it takes effect, these prices are not expected to fluctuate, ease the financial burden in purchasing devices and eventually vitalize the used phone market.

Traditionally, the second-hand mobile phone market has not been successful in Korea, but recently telecom companies have unveiled non-binding monthly payment plans, and are paving the way for used phones to expand their presence.

“Such plans have created a favorable environment for consumers to easily replace their smartphones and this could lead more users to adopt used devices,” said a mobile industry official.

Amid the skyrocketing growth in the used phone market, smartphone makers are also taking counteractions to boost the sales of their latest flagship phones.

Launching the Galaxy S9 and S9 Plus, Samsung introduced a trade-in promotion that allows customers to trade in an eligible device and receive an instant trade-in credit toward the purchase of the brand new phone.

The upgrade program is designed to accelerate the smartphone replacement cycle and eat up demand for used phones, according to market observers.

Apple is also running the trade-up service, through which iPhone users can switch to the newest handsets without having to pay their full cost.

The retrieved iPhones are resold as refurbished phones in emerging markets such as India and Africa, which helps the company retain its global market share. 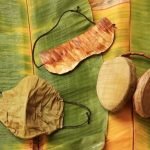 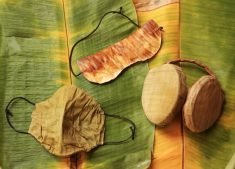