From smog breaks to pollution bonuses, Asia’s businesses are promising increasingly inventive perks in a desperate bid to lure executives to a region where toxic air engulfs major cities for much of the year.

Health concerns are putting off those initially attracted by Asia’s growing economic opportunities, experts warn, so firms are struggling to recruit — and retain — people with the expertise they need.

According to the United Nations Environment Program, some 92 percent of people in the Asia-Pacific region are exposed to levels of air pollution that pose a significant risk to health.

This means that on top of large salaries, businesses are having to offer extra incentives.

At “a location with a higher level of pollution, you’re likely to see us recommend allowances of anywhere between 10 to 20 percent of the person’s base salary,” he says.

This estimate, derived from a rating system his firm uses to help companies decide appropriate financial compensation for relocation, would also incorporate factors such as crime rates and access to services, he adds.

Other provisions employees could expect for moving to a highly polluted area include better insulated apartments, air purifiers for home and office, breathing masks, and regular medical check-ups.

“If you look at the cost associated with even those smaller things… you’re probably looking at a minimum cost, on an annual basis, of maybe $5,000 to $10,000 a year,” Quane said, with location allowances an additional expense.

In 2014, Panasonic confirmed that it offered a “pollution premium” for those working for the company in China, while media reports revealed Coca Cola was offering an environmental hardship allowance of around 15 percent for employees moving there.

China has since taken measures to improve its air quality, but Beijing — along with other key urban centers in South Asia including New Delhi — routinely exceeds World Health Organisation safe limits for air pollution.

As a result, these places are seeing a “reduction in caliber” of employees, Quane warns, arguing that firms are forced to opt for people who are less qualified.

Patrick Behar-Courtois, who ran an organisational behavior consulting firm in Shanghai for more than a decade, agrees. He says “generous financial offers” were not enough to offset the pollution concerns of the highly skilled people he wanted to recruit.

“I basically had to revise my hiring policies and look for people locally, so obviously it means that I got profiles that were less experienced and I had to spend more time training them,” he says.

Executives with families are often unwilling to put their children’s health at risk however attractive the job offer.

World Health Organisation experts have repeatedly warned the very young are particularly vulnerable to air pollution and could face a lifetime of illness because of it.

Eddy Tiftik built his career in China and held a senior position at one of the world’s largest real-estate developers, but felt he had to leave for his family’s wellbeing.

His then-five-year-old son was constantly unwell with asthma because of Beijing’s very high levels of pollution.

“He literally would spend three weeks out of a month going back and forth from the hospital,” Tiftik tells AFP.

India has one of the world’s fastest growing economies, making it an appealing career option, but it is also home to seven of the most polluted cities, according to a recent report by Greenpeace and IQ Air Visual.

“All senior executives want to have India experience on their CVs. There is however, a fear of pollution related health issues,” says Atul Vohra, managing partner of Transearch, a global recruitment firm.

Such concerns are not just an issue for expats, he says, adding that Indians are also turning down work in areas of the country with severe smog.

For many the rewards are simply not worth the risks.

Behar-Courtois recently left Shanghai, which has seen its air quality deteriorate in the past few years, after his wife developed thyroid issues he believes are linked to the smog.

“In the last three to five years, I’ve seen a lot of people, especially with kids, who basically chose to put an end to their career here and move,” he reveals.

He now works as a professor in the southern Chinese city of Zhuhai, where the air is cleaner.

Tiftik says his son’s symptoms abruptly stopped after the family moved to Bangkok, which has air quality problems of its own, but are fall less severe than Beijing.

He would consider leaving the continent altogether if pollution worsens, he says, even though his Mandarin skills give him an edge in the Asian market.

He adds: “Although my career is very important, my family’s health is more important.” 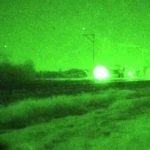