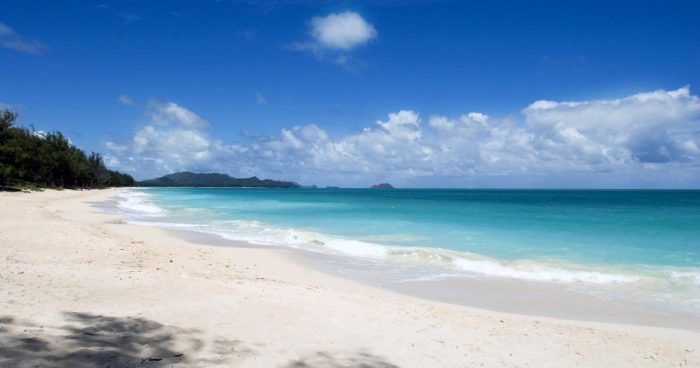 Climate change and sea level rise are currently on track to wipe out half the world’s sandy beaches by 2100, researchers warned today.

Even if humanity sharply reduces the fossil fuel pollution that drives global warming, more than a third of the planet’s sandy shorelines could disappear by then, crippling coastal tourism in countries large and small, they reported in the journal Nature Climate Change.

“Apart from tourism, sandy beaches often act as the first line of defence from coastal storms and flooding, and without them impacts of extreme weather events will probably be higher,” lead author Michalis Vousdoukas, a researcher at the European Commission’s Joint Research Centre.

“We have to prepare.”

Some countries, such as the United States, are already planning extensive defence systems, but in most nations such massive engineering schemes will be unfeasible, unaffordable or both.

Australia could be hit hardest, according to the findings, with nearly 15,000 kilometres (more than 9,000 miles) of white-beach coastline washed away over the next 80 years, followed by Canada, Chile and the United States.

The 10 countries that stand to lose the most sandy shoreline also include Mexico, China, Russia, Argentina, India and Brazil.

Sandy beaches occupy more than a third of the global coastline, often in highly populated areas.

But new construction, sea level rise, storm surge from hurricanes or typhoons, and reduced sediment from dammed rivers are all eroding these shorelines, threatening livelihoods and infrastructure.

To assess how quickly and by how much beaches might disappear, Vousdoukas and colleagues plotted trend lines across three decades of satellite imagery dating back to 1984.

From there, they projected future erosion under two climate change scenarios.

The “worst case” RCP8.5 pathway assumes carbon emissions will continue unabated, or that Earth itself will begin to boost atmospheric greenhouse gas concentrations – from, for example, permafrost – independent of human action.

A less dire scenario, called RCP4.5, would see humanity cap global warming at about three degrees Celsius, which is still far more than the “well below 2C” limit called for in the 2015 Paris Agreement.

Even by mid-century, the loss would be more than 40,000 kilometres.

The increasingly likely RCP4.5 outlook would still see 95,000 kilometres of coastline shorn of its sand by 2100, most of it within the next 30 years.

The UN’s science advisory group, the Intergovernmental Panel on Climate Change (IPCC), projected in a major report last September a sea level rise of a half metre by 2100 under the more optimistic scenario, and 84 cm (33 inches) under RCP8.5.

Many climate scientists, however, say these estimates are too conservative, and have predicted in peer-reviewed work that the ocean watermark will rise twice as much.

Experts not involved in the new findings said they should sound an alarm.

“The study’s linkage of global coastal degradation to (fossil fuel) combustion is a landmark advance,” said Jeffrey Kargel, a senior scientist at the Planetary Research Institute in Tucson, Arizona.

In Asian delta regions that are home to hundreds of millions, sediment from Himalayan glacier-melt that could rebuild sand deposits is trapped in downstream reservoirs.

“Coastal erosion of the Indus and Ganges delta areas of South Asia is expected to be extremely rapid,” Kargel noted.

The impact of receding coastlines that still maintain a thinning ribbon of sand should also be considered, said Andrew Shepherd, director of the Centre for Polar Observation and Modelling at the University of Leeds.

“Between a quarter and half of the UK’s sandy beaches will retreat by more than 100 metres over the next century, depending on how rapidly polar ice sheets melt,” he said.

“Unfortunately, ice losses from Antarctica and Greenland are both tracking the worst-case climate warming scenarios.” 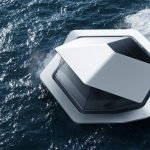 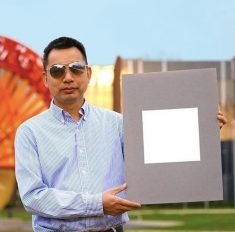