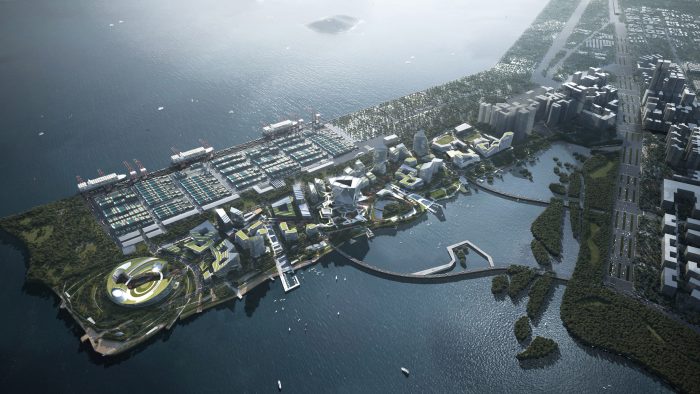 Architect NBBJ has unveiled a master-plan for Net City, a car-free district in Shenzhen “roughly the size and shape of Midtown Manhattan” for Chinese technology company Tencent.

Set to cover two million square meters of land on a peninsular alongside the Dachan Bay shipping-container terminal, the development will include offices, homes, parks and entertainment venues.

There will be no roads for cars in the district, which will be “roughly the size and shape of Midtown Manhattan” or two-and-a-half times better than Beijing’s Forbidden City.

Instead, residents, commuters and visitors will connect to Shenzhen via subway and traverse Net City on foot or by bicycle. Ferries will provide public transport along the waterways.

Designing a car-free district is an opportunity to “rethink cities for being for and about people”, said NBBJ.

“Typical city planning is restricted because it’s based almost entirely around a grid system for use by cars,” NBBJ told Dezeen.

“Planning a city with very few cars provides more flexibility to create solutions that are organic and human-focused.”

Terraced buildings will look towards the coast, ranging in height from one to 30 stories.

When complete the area should be able to accommodate up to 80,000 residents and workers.

NBBJ plans to plant mangrove trees along the shore to act as a natural flood defence. Sensors will be used to track flooding.

Solar panels will provide green energy for Net City. The project will be completed in three phases over the next seven years.

Tencent, owners of Chinese messaging service WeChat, is headquartered in Shenzhen. NBBJ designed the company’s headquarters, which is formed of two towers connected by bridges on multiple levels. 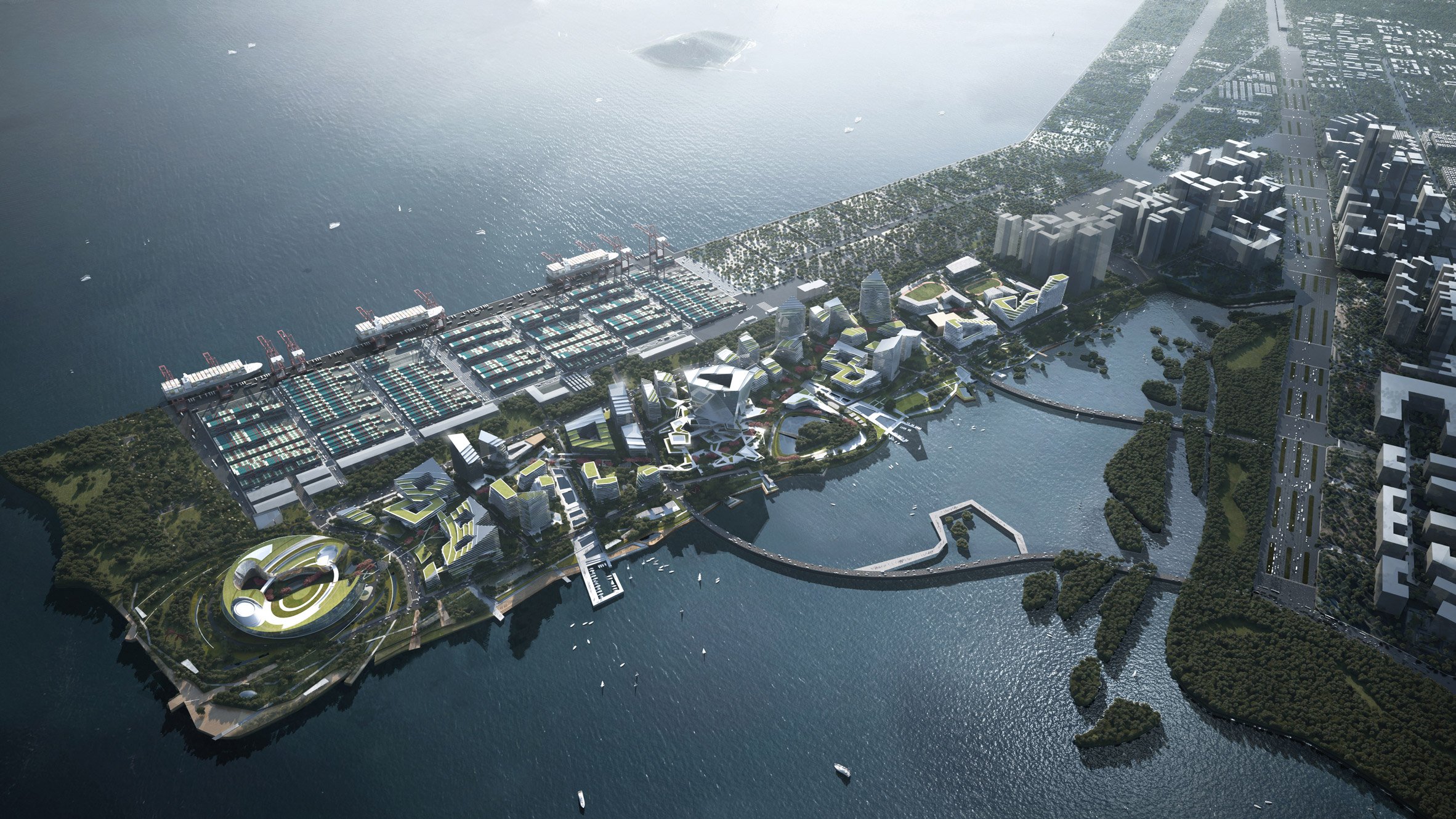